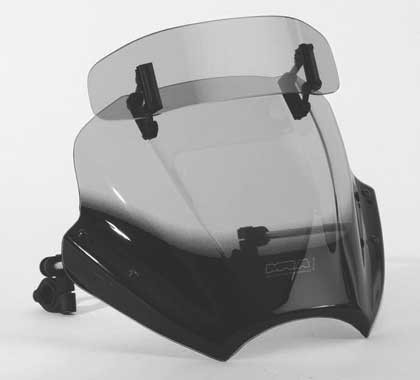 You will need a HKS28/32 holder kit for naked bikes to fix the screen.